Tours and excursions for all tastes

From classics to the most unusual tours

WIth more than 20 years experience, the tour guide bureau welcomes upwards of 120,000 visitors every year. Its team, with its know-how, is at your disposal to help you build your personalised programme.

Visits are offered in 10 languages.

A few themes among many others...

Head out and discover the 24-hectare Renaissance district, the most important preserved sector in France.
2,000 years of history and heritage, revealed through a guided tour, to unravel the mystery of the traboules...

Discover the magical effect of the city’s lights on its bridges, riverbanks and facades. Experience the charm of a night stroll, where shadow and light effects give the city an eternally festive ambiance.

On the trail of silk workers

To learn all about the history of textiles in Lyon and the "canuts" (silk workers) in the Croix-Rousse district.

From the silk workers’ mâchon to the contents of the cooking pots of the mères Lyonnais, the town has earned itself the firm reputation of a town in which the art of cooking has  become a veritable religion.

Cultural venues open up their doors

Les Célestins, a majestic Italian-style theatre, the Opera House, contemporary architecture by Jean Nouvel or the Lumière Museum, a tribute to the invention of cinema...

Stroll around and experience the city

The bastion of Lyon gastronomy

Halles de Lyon Paul Bocuse, cookery classes, introduction to wine-tasting. In Lyon, every meal is a delicacy waiting to be savoured.

Read the catalogue at www.visiterlyon.com 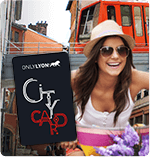 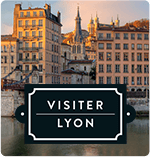